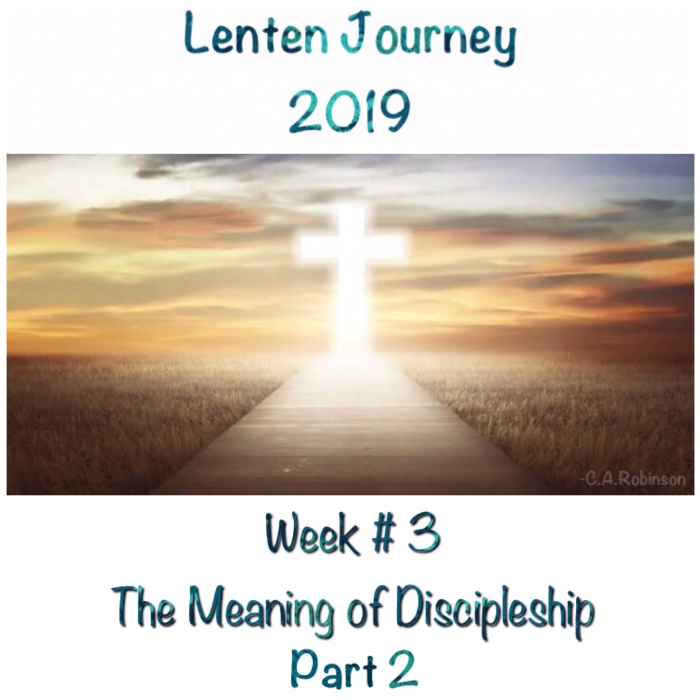 Matthew 5:9, “Happy are people who make peace, because they will be call God’s children.”

Depending on which translation of the Bible you use the word “peace” is also used referred to as “peacemakers”. Below are examples for you and I’ve included a reference at the bottom of this page. 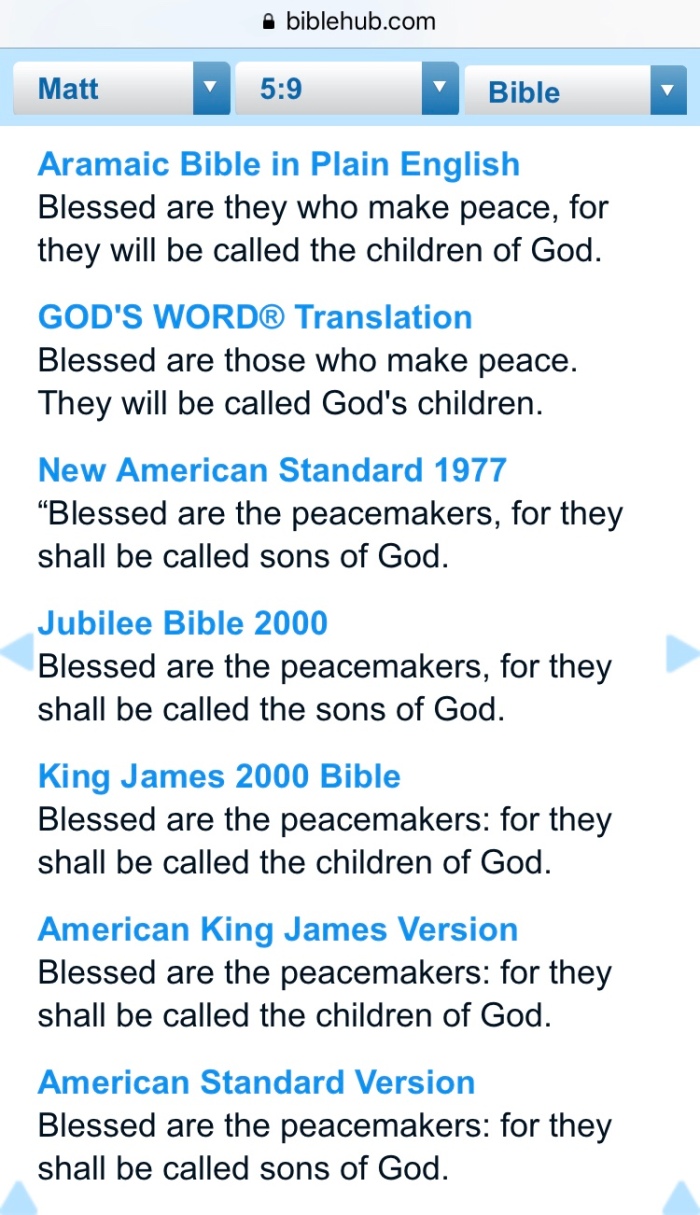 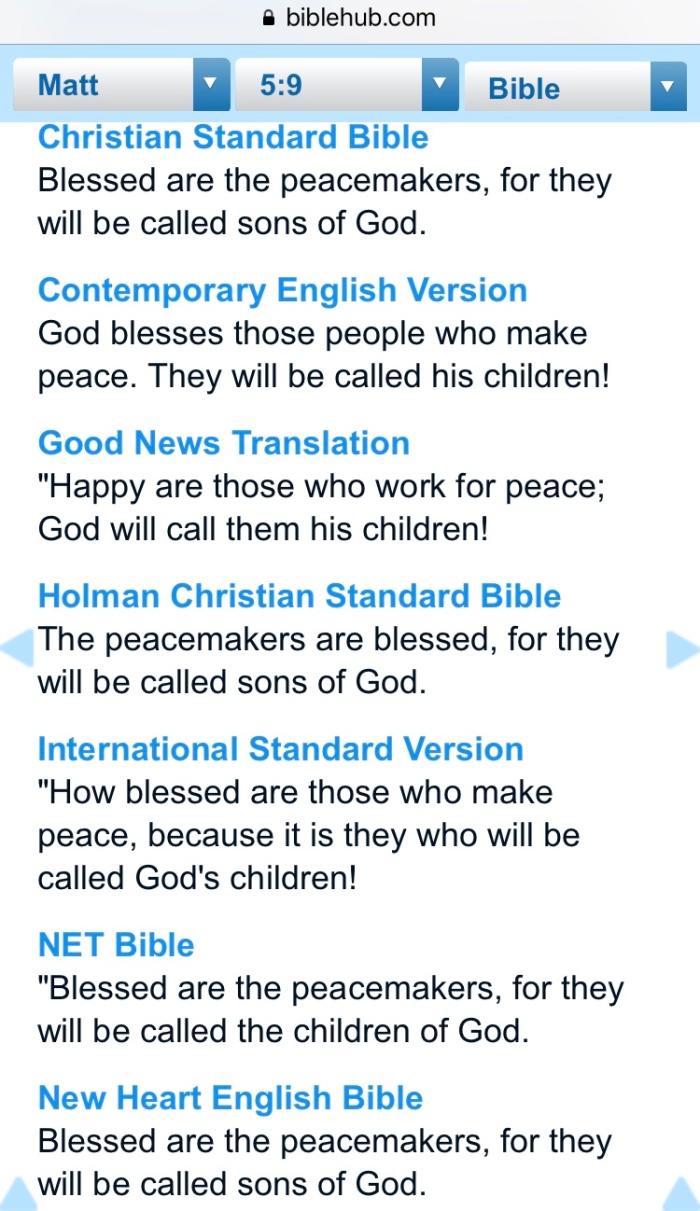 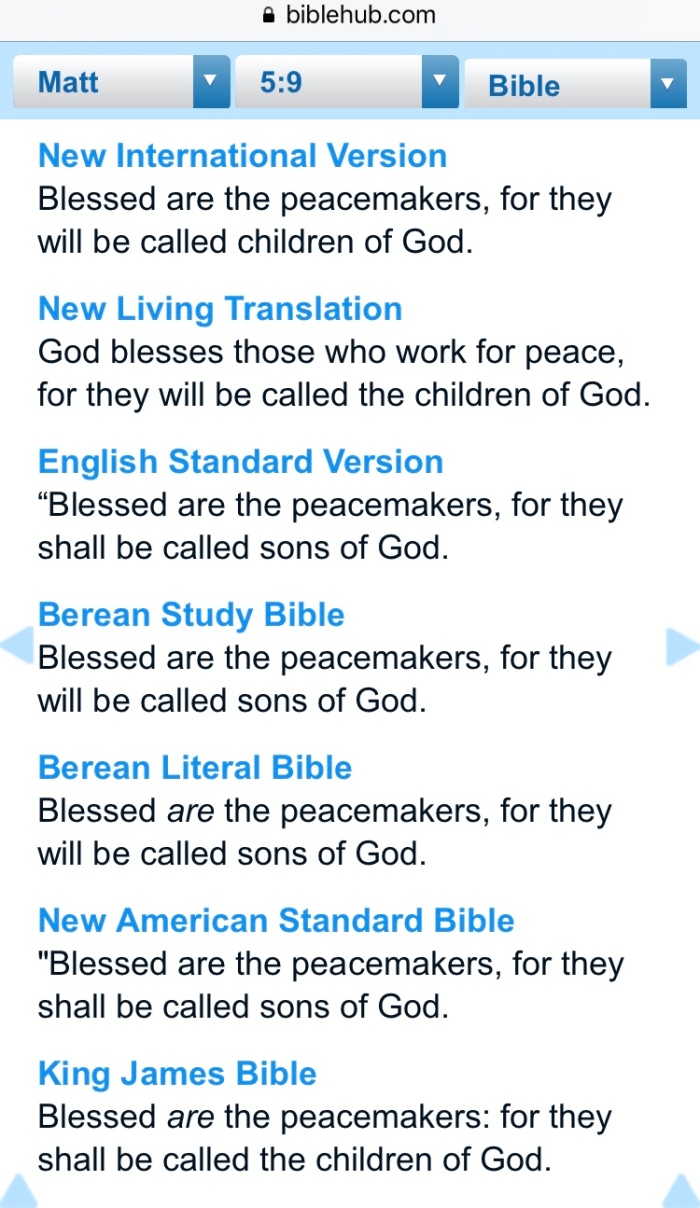 • a state of tranquility or quiet

• freedom from disquieting or oppressive thoughts or emotions

• a state or period of mutual concord between governments

• used interjectionally to ask for silence for silence; calm; or as a greeting or farewell

• one who makes peace especially by reconciling parties at variance

In the biblical dictionary peace is described as, “The Meaning of Peace.” In English, the word “peace” conjures up a passive picture, one showing an absence of civil disturbance or hostilities, or a personality free from internal and external strife. The biblical concept of peace is larger than that and rests heavily on the Hebrew root slm, which means “to be complete” or “to be sound.”

The biblical dictionary states that “Peacemaker” occurs only in the plural in (Matthew 5:9, “Blessed are the peacemakers (eirenopoioi): for they shall be called sons of God” (who is “the God of peace”)). We have also what seems to be a reflection of this saying in James 3:18, “The fruit of righteousness is sown in peace for (the Revised Version margin “by”) them that make peace” (tois poiousin eirenen). In classical Greek a “peacemaker” was an ambassador sent to treat of peace. The word in Matthew 5:9 would, perhaps, be better rendered “peace-workers,” implying not merely making peace between those who are at variance, but working peace as that which is the will of the God of peace for men.

Just a few weeks ago I was talking with a friend about being a “peacekeeper/peacemaker” and at the time I said that such a person does not necessarily need to be quiet, calm and tranquil. Those are often attributed to peace but sometimes to keep the peace one must raise their voice above the noise of the crowd or the situation in order to be heard. Peace often comes after a storm has passed. Harmonious relationships sometimes start out or at least go through some battles that cause considerable noise/fighting. Two of my favorite movies remind me of individuals I would call peacemakers. The first is, “Gandhi” he fought for India’s independence with nonviolent civil disobedience that was not always peaceful. And my second favorite, “The Inn of the Sixth Happiness” it is the true story of Gladys Aylward (Ingrid Bergman), a British maid, who believes that she is destined to go to China. She is rejected as a missionary, but she eventually finds her way to the town of Yang Cheng. Her peaceful existence, however, is interrupted by Japan’s invasion of China. Aided by Lin Nan (Curt Jurgens), a half-Chinese/half-Dutch military officer, Gladys must lead a group of orphans to safety by embarking on a dangerous mountain journey. I find both of these stories truly fascinating and their courage infectious. If you have never seen either of these movies I highly recommend them.

If you grew up in a large household you probably can think of someone who was known as the “peacemaker” or the “peacekeeper” that one person who tried extremely hard to keep everyone happy and content, all at the same time. That’s a tall order to try to fill, in fact it is impossible because one person is not capable of making everyone happy, all at the same time. This is where compromise comes into place and a peacemaker can be beneficial. I actually experienced a situation just a couple of days ago where I walked in on a heated conversation with some coworkers and my first instinct was to not get involved or at the very least lose my temper and say something I might regret. I listened intently for what seemed like a long while, maybe 5-8 minutes, oh and by the way, I stayed in the room/office because the conversation related to me as well. Motivated by not wanting to regret saying something in anger or at the very least disrespectful, I tried keeping the peace by staying quiet. Then I ask myself the question, “What ways if any do I want to help make or reach peace in this particular situation?” I impulsively opened my mouth and words and phases starting spewing out of my mouth, like a broken water pipe. I was not rude, or cursing or being disrespectful but I was getting a lot of things out that should have been said a long time ago. I was asked to stop yelling at one point in the conversation, *I tend to get louder when I’m excited/passionate about something. I apologized immediately and stated I didn’t mean to sound like I was yelling and I lowered my voice and continued articulating my points in the conversation. This situation lasted about 2 hours and had been going for an hour before I opted in. I am happy to report that by the end of this situation/conversation everyone felt as if they had been given the opportunity to speak and be heard, procedures and practices currently in place were questioned and alternatives were suggested, frustrations that have been pinned up for years were released as if a dam had been breached and flood waters raged over dry dust plains that had been long forgotten. It was not a peaceful conversation but in my humble opinion each person was acting and serving as a peacemaker for the sake of everyone involved. I wish I could report that things have all been resolved; however, they are still pending at the moment but I have faith things will change nonetheless.

The writer of the Lenten Devotional I’m using, Juan Huertas stated the following, “…to follow Jesus, to be a disciple, means to be a peacemaker. Peacemaking does not require a lack of conflict. Conflict is part of life; it means that we have opinions, varied stories and different passions. Conflict means that there is something at stake, that there have been some misunderstanding and a disconnect.” I just love that! Don’t you?

Friends, let’s work together around the world to be “Peacemakers” not for the sake of ourselves but for humanity everywhere because the kingdom of God is at hand and we are called into Discipleship. ~Peace Be With You~

Posted in Portraits of Life - Seeing God in All1 Comment