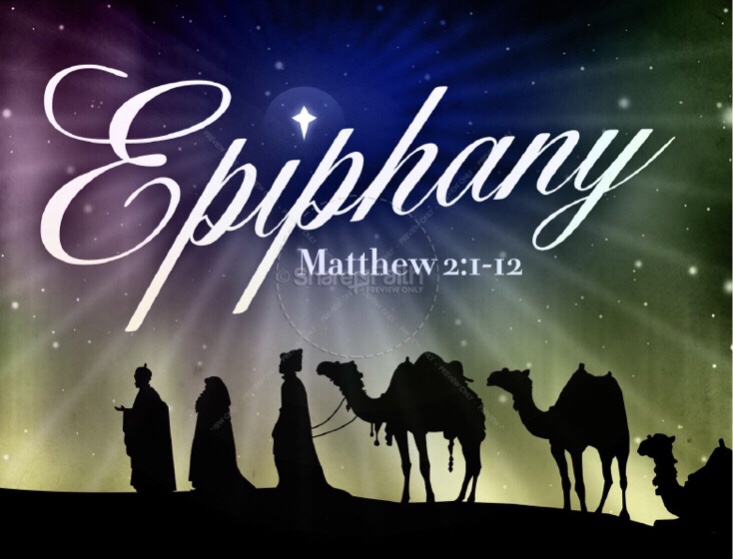 I am sharing the sermon I heard on Sunday, January 6, 2019 with you today. I do apologize for the delay, I had started to actually blog about the sermon with some of my own thoughts included but during the process I somehow erased the whole thing. In my defeated moment I took it as a divine interaction and decided to not try and recreate the post. What I will share is this, I am truly excited and passionate at hearing the advent stories our church has just concluded and thrilled to be part of Epiphany and seeking new experiences through Lent 2019. In some cases it’s like hearing the stories for the first time though I’ve heard them many times since I was a child. The wonders of God never cease and if we are willing to seek and listen there’s more to learn about God and Jesus. The sermon I’m sharing today peaked my interest in re-reading historical facts about the place, time and rulers in Jerusalem at the time of Jesus’ birth. It’s a history lesson and a biblical lesson all tied together. I rediscovered facts I had learned long ago while studying history while in college. It was a lovely memory to rekindle, not just the history class and the Professor teaching, but the whole college experience came back to me. I could sense the smell of the brick building, feel the wood and metal of desk arm chairs, and sense the camaraderie of the people I shared a semester learning history and life in general. Little did I know that years later, I would be moved by that experience. That my friends is God! Not mere coincidences, luck or memory muscles…God had been working and preparing me for life way back then! I have a bible verse that is special to me, in fact I have it hanging on the dash of my car so I see it every day I’m driving. It is Esther 4:14, “Perhaps this is the moment for which you have been created.” We have all been born/created for and with a purpose, you are a child of God! Jeremiah 29:11, “For I know the plans I have for you,” declares the LORD, “plans to prosper you and not to harm you, plans to give you hope and a future.”

I hope you find newness this sermon and in the scripture verses attached.

“After Jesus was born in Bethlehem in the territory of Judea during the rule of King Herod, magi came from the east to Jerusalem. They asked, “Where is the newborn king of the Jews? We’ve seen his star in the east, and we’ve come to honor him.” When King Herod heard this, he was troubled, and everyone in Jerusalem was troubled with him. He gathered all the chief priests and the legal experts and asked them where the Christ was to be born. They said, “In Bethlehem of Judea, for this is what the prophet wrote: You, Bethlehem, land of Judah, by no means are you least among the rulers of Judah, because from you will come one who governs, who will shepherd my people Israel. ” Then Herod secretly called for the magi and found out from them the time when the star had first appeared. He sent them to Bethlehem, saying, “Go and search carefully for the child. When you’ve found him, report to me so that I too may go and honor him.” When they heard the king, they went; and look, the star they had seen in the east went ahead of them until it stood over the place where the child was. When they saw the star, they were filled with joy. They entered the house and saw the child with Mary his mother. Falling to their knees, they honored him. Then they opened their treasure chests and presented him with gifts of gold, frankincense, and myrrh. Because they were warned in a dream not to return to Herod, they went back to their own country by another route.”

My Tweets
Join 615 other subscribers